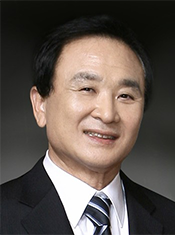 How strong safety car seat should have?
What can guarantee safety for car seat?

Let me change the question.

Can you imagine preciousness of child for their parents?
Do you believe there is danger that parents can ignore?

Safety has no limit.
There is no boundary for safety.

This is the reason why DAIICHI find.
New dangers and invent new safety.

For safety of our child,
We will create best safe car seat in the world.

HISTORY OF DAIICHI SINCE 1981
NEW SAFETY HAS BEEN STARTED

Signed the supply contract with Korea’s famus toddler brand, Agabang & Company, and Everything for Everyone

Changed the company name to DAIICHI CO., LTD Signed the supply contract with Transportation Safety Authority (For 6 consecutive year from 2005 to 2015)

"For safety of our child, We will create best safe car seat in the world." Chairman of DAIICHI CO., LTD LEE WAN SOO